Some News, Ill Met in Illyria [Part 1], and Also I'm not Dead

Second, some news:
1.  As inactive as I've been on the writing front, I have been getting more and more illustration commissions, and with each new project I feel like my skills are improving.  Here's one from an adventure supplement to James Maliszewski's  Thousand Suns 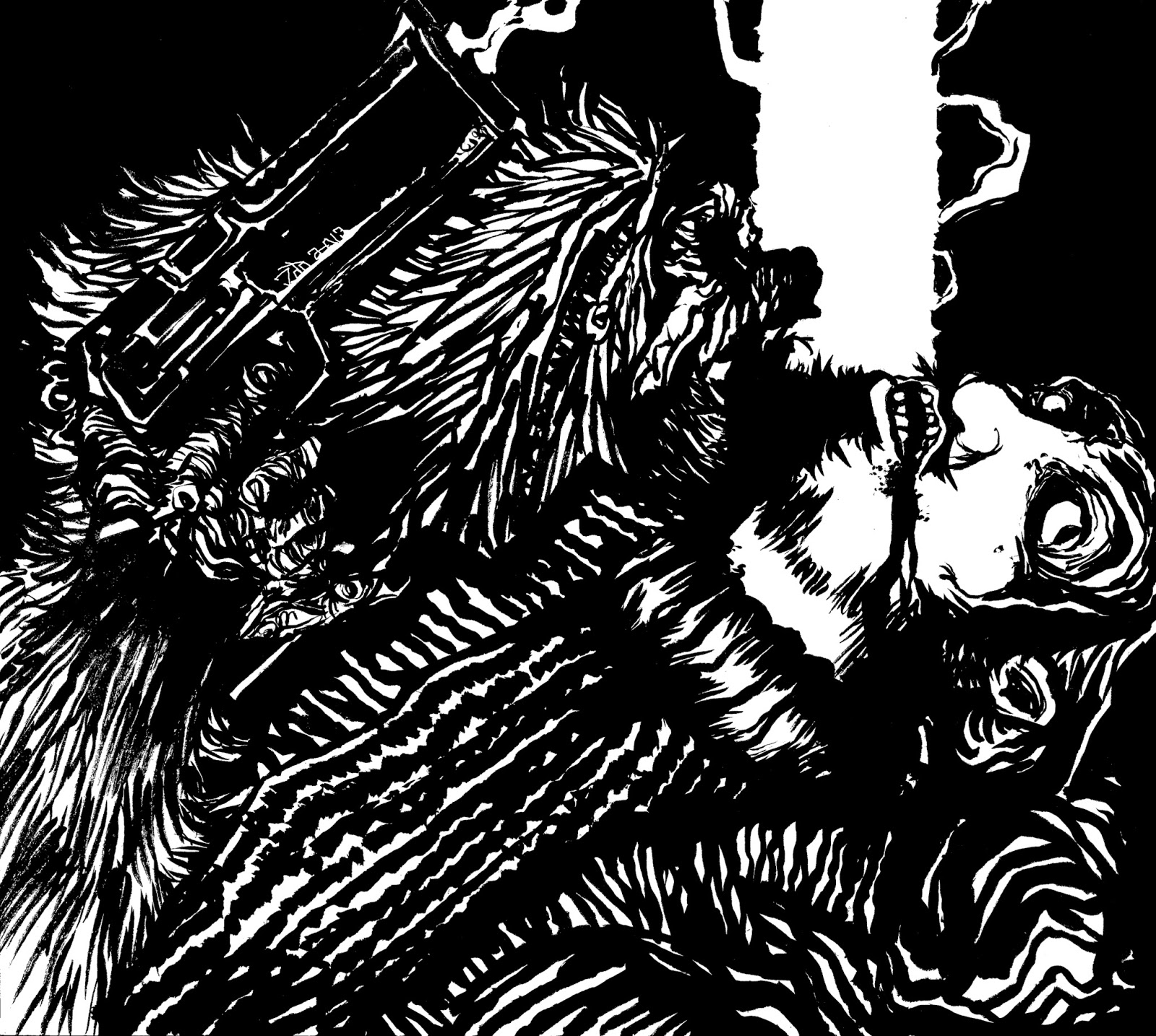 Some private commissions for Mike Davison of Sword +1

For Evan Elkins of In Places Deep

And Trey Causey of From the Sorcerer's Skull

In addition, I did some work for Epidiah Ravachol's Sword & Sorcery zine Worlds Without Master

I have work in Chris McDowell's upcoming revised and much-expanded edition of Into The Odd.

I'll be illustrating the Fever-Dreaming Marlinko city supplement that was unlocked as part of the Slumbering Ursine Dunes Kickstarter.

And then there's this.  I think that one will end up confirming all my elementary/middle school teachers' worst suspicions about my character when they saw the comics I'd made.

I have a neglected pile of half-written posts about Galbaruc and Oriax, but before dusting those off and putting 'em up there's a little side project I've been working on.  In the interests of finally finishing the thing, I thought I'd keep my interest and momentum going by posting some "teaser" excerpts from the document as I'm putting it together.  Eventually, I'd like to put out a nice printed edition of this thing with maps, floor plans, and copyright free (and some original) illustrations, but for right now my goal is to knock out a 15-page or so pdf.

So a while back, Trey Causey did a couple of posts (1 & 2) outlining the basics of a "Ruritanian Rogues" campaign, which happened to coincide with me recently catching a performance of Twelfth Night and watching a bunch of pre-Code movies, mostly directed by Ernst Lubitsch. This is what emerged, and right now I'm working it into a sort of "playset"for Over the Edge / WaRP as that's the system I can most easily run off the top of my head (with the possible exception of WFRP 2nd ed.)  With very minimal tweaking, it could work well for Risus, too.

So here's a brief intro:

The Year is 1912. You are a motley ad hoc association of swindlers, pickpockets, gigolos, demimondaines, legbreakers and second-story men. Your playground and prison is the obscure Balkan microstate of Illyria. With nothing but brains, charm, muscle, and an assortment of random odds and ends, you and your associates will attempt a series of increasingly improbable heists, swindles, and outrages of public decency while staying on step ahead of the police, rival gangs, grey-suited bureaucrats, the secret police, student revolutionaries, formidable dowagers, occultists, aristocrats, ponderous academics, street urchins, monocled sadists with Heidelberg dueling scars, femmes fatales, and your own tragic shortcomings.

Illyria totters drunkenly between picturesque feudalism and modernity. In the Capital there are telephones, cinemas, electric lights and even automobiles, but a traveler venturing beyond its turreted walls may be forgiven for thinking they've somehow stepped back into the 18th Century.

The National Language is Illyrian (an Indo-European language in a tiny branch by itself) which is spoken and understood by all commoners. The business of the Archducal court is largely conducted in French.

The Illyrian Orthodox Church serves as the State Religion, though there are sizable pockets of Roman Catholics, Jews, and, to a lesser extent, Muslims (largely an artifact of the nation’s brief period of occupation under the Ottomans). There is also rumored to be a small commune of Swedenborgians somewhere in the north of the Great Forest.

The standard unit of currency is the Kopin. You have very few of these at present, and the world is teeming with people who have more than they can be trusted to use responsibly.

Here's some recommended viewing to get you in the right mood:

Next post, I'll put up some NPCs that can serve as marks, foils,or allies of convenience for your gang of Graustarkian ganefs.