Look at These Album Covers. Also, Teasing Glimpses of Posts to Come.

Working on a few entries in the draft pile, including but not limited to:

- A Broad Overview of Religion on Galbaruc

- Classes on Galbaruc: Cleric - How I'm handling Clerics in my home campaign, once I get it off the ground.  I'm putting in Atheist clerics, which might be a stupid idea, but which made sense to me the other day, and fits with the way I'm envisioning the class in this setting.

- The Space-Race on Galbaruc, and what people there think about the Moon.

- The Supreme Monstrosity: The winged, 9-eyed Dinosaur Satan who is rumored to lair in a cave somewhere on Oriax, and which I stole from TOPPS' Dinosaurs Attack! bubble gum cards from the late '80's.

- The Brazen Head of Criswell, an artifact of dubious, reality-warping prophetic power

- By the way, Oriax has been relocated.  It's no longer a planet in its own right, but is a continent on a shared world setting co-owned by me, Evan Elkins, and Robert Parker.  We just figured, hey, we're each doing weird space-fantasy desert planets, planets are huge, so why not have it be the same planet.

- An Actual Play report of the Hill Cantons game the other day, according to the Colonel, whose reputation for veracity is matched only by his fearlessness in battle.

But for now, I just want to show you the cover art for this two-part album from Earth, because I think it's absolutely gorgeous. 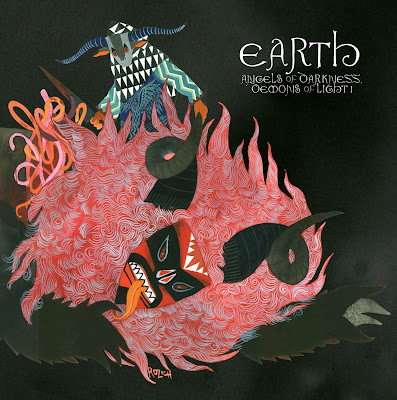 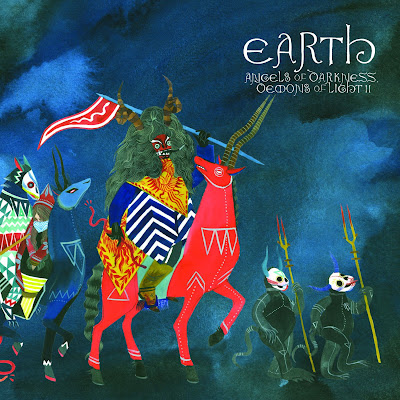