A twisted funhouse mirror-image of Illyria's storied aristocracy (see previous entry), the Underworld is populated by no less sensational personalities.  Indeed, the more notorious members of the criminal element make a far greater impact on the lives and livelihoods of many in the Capital than do the glittering worthies found on souvenir portraits and picture-postcards. The tenements, back-alleys and dimly-lit basements where they hold court are the patrimony of your characters, and the gallimaufrian patois of thieves, beggars and whores their native tongue. Below are just a few of the more notorious of these, who may well serve as allies or rivals (or both from one minute to the next) of your characters, along with some of those charged with bringing them to such justice as may be had in Illyria. 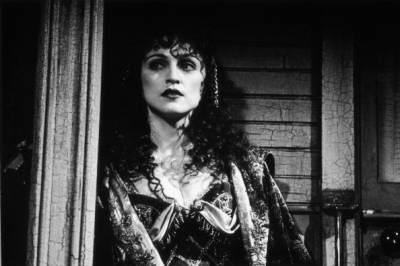 
A hard-bitten former prostitute, pickpocket, and smuggler, Magda keeps a watchful eye over a small horde of orphans and runaways in a cavernous warren beneath the Old Town. She shields and chastises her young charges with equal ferocity, and her “little mice” in turn act as her eyes, ears, and light-fingered hands throughout the Capital. 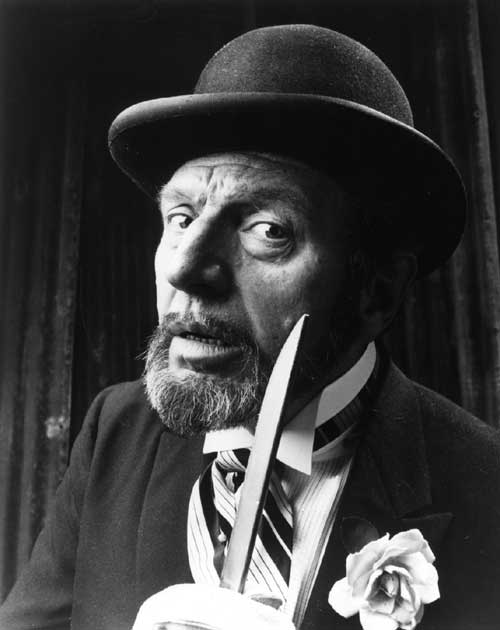 If backstreet rumor and the shrill warnings of moritat-singers are to be believed, the always-dapper Piet is responsible for innumerable violations of the laws of God and Man. For all the atrocities he’s credited with, no scrap of evidence has yet held up in court, and he walks the streets a free man-- to the consternation, awe, and terror of all. He is rumored by many to be The Devil Himself (or at least a close relation) and Piet has made no attempt to refute these speculations.

Boško and Bogomil Vrána appeared on the scene seemingly out of nowhere about 5 years ago.  They claim to be identical twins, and they do in fact exhibit a disquieting simultaneity to the point of finishing each other's sentences and occasionally speaking and moving in perfect unison.  As to their physical appearance, no one can say for certain, as they never appear in public without one of several matching pairs of bird masks in a variety of styles.  If bar-room gossip is to be believed, these masks are not removed even in the presence of intimates.  Of the two, Bogomil seems to be the more intellectual brother, and appears to be au courant with the latest trends in music, literature, and art.   Boško has the simpler tastes of a sporting man-about town, and may be further identified by a sharpened Art-Nouveau thumb ring which he employs to pluck out the eyes of those who offend his many whims.  The two have taken up residence, along with a retinue of enforcers, toadies, and hangers-on, in a lavishly-furnished townhouse in the heart of a fashionable quarter of the New Town.  From here, they direct their ever-expanding portfolio of criminal enterprises, including blackmail, theft, racketeering, prostitution, ,sport-rigging, and murder-for-hire.

Obsequious to his superiors and snobbish to all beneath him, the Commissar is a thick-headed, preening martinet to whom the ins and outs of policing play a distant second to the cultivation of gleaming brass buttons, boots spit-polished to a mirror finish, and crisply-executed salutes. 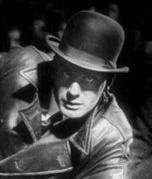 Bitter, sardonic, and frighteningly competent, the Chief Inspector was himself a graduate from one of the many informal thieves’ academies which flourish in the crook-backed alleyways and dilapidated tenements of the Old Town. As such, he is intimately familiar with Illyria’s criminal underworld and rarely misses a trick. He is hampered only by the contempt of his superiors and the resulting lack of funds and manpower to realize his ambitions.

Ever-amenable to a discreet payoff in the form of a flask of schnapps, some perfunctory sexual gratification, or a modest amount of cash "to buy perhaps some toys for the children," Sergeant Popov  strolls serenely though the streets of the Old Town whistling a jaunty music-hall ballad and absent-mindedly twirling his polished oak truncheon.  Popov projects the image of a jolly, easy-going, genially corrupt policeman, winking indulgently at little transgressions and leaving the citizenry more or less in peace.  For the most part, this is true, but Popov drops his avuncular mask with alarming speed when his stream of "honest graft" is challenged or threatened in any way.  More than one recalcitrant citizen has woken up in the hospital, bones broken, fingers crushed,  and jaw wired shut after a particularly enthusiastic thrashing from Popov himself or the patrolmen under his command (whose ranks include no less than 3 adult male representatives of his massive brood, which at the time of this writing number thirteen).