Questions can be found here.  Answers may change over time as the setting is further defined through play.


1. What is the deal with my cleric's religion? 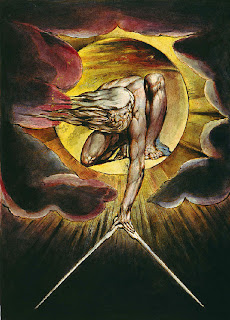 The Church of Urizen the Great Architect is the largest and most influential faith of Galbaruc and its immediate environs, but there exist numerous cults and sub-cults dedicated to a bewildering variety of saints and syncretized minor deities.  Small, ad hoc “chapels” to the numerous  aspects of Orc, Urizen’s opposite number, can be found all over the city (though hard-line Urizenites are enjoined to tear them down as soon as they’re discovered)  as well as countless temples and shrines to various foreign and indigenous gods.  Notable local deities include Yash-Kunag the Many-Toothed and Seppophis the Huntress.  Some “clerics” profess no faith or deity at all, offering their own explanations (or simple bafflement) as to the source of their wonder-working powers.

2. Where can we go to buy standard equipment?

Standard equipment is easily procured at merchant’s stalls in any of the temporary markets that open throughout the city.   Be prepared to haggle.   Anything more exotic can usually be found in the Night Market. 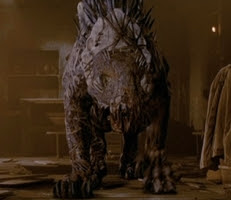 3. Where can we go to get platemail custom fitted for this monster  I just befriended?


For that, you’ll want to talk to someone in one of the more exclusive boutiques.  Bespoke work will cost extra, but the price includes discretion. 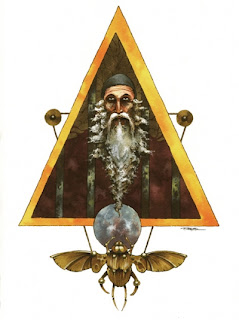 4. Who is the mightiest wizard in the land?

This is a matter of considerable conjecture and debate.  All magical societies and orders proclaim their own superiority in the Art, yet the names spoken of with particular reverence and dread are notable for belonging to no society at all, and remaining alive in spite of the efforts of ambitious rivals.  The Beggar-King of Galbaruc is said to be well-versed in obscure lore particular to the city itself.  Jonquil of the Pale Flame is a formidable sorceress, though secretive in her ways.  She has refused, firmly but politely, all offers from such mystical orders as would admit a mere woman to their ranks. 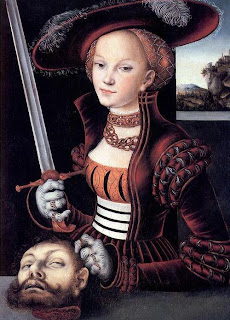 5. Who is the greatest warrior in the land?


Venozzia the Tigress, a well-born young woman who renounced her family connections to become a mercenary captain (a position she claimed from the band's previous leader in a duel) has achieved great success of late in a series of campaigns in the Northern Wastes.  Her most notable feats to date include the sacking of  the fortified city of  Gorynych (for which the Tsar has sworn eternal enmity) and personally slaying Ghalki-Zhun, a degenerate ice-giant worshiped by the Northern Tribes as a god.

Closer to home, the current darling of the arena is Baudolino of Gra, a farmer's son from the provinces,  He has been seen to kill an ox with one blow of his fist. 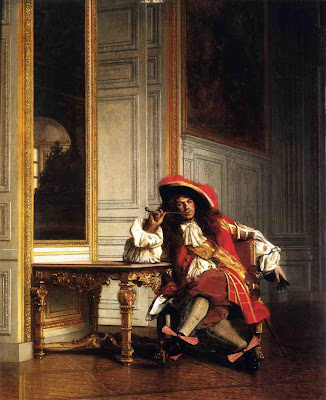 6. Who is the richest person in the land?
In theory, that distinction belongs to the First Citizen, a personage of great magnificence and sagacity, who  may (with the consent and advice of the Senate and the Council of Ten) command the public purse.

In practice, the Merchant-Princes of Galbaruc far outstrip this worthy in wealth and splendor.  Their grand fetes, held in the glittering ballrooms of their palaces or on pleasure-barges drifting lazily along the Slanc, are unmatched in their novelty and opulence.  The wealthiest of their number is currently Kos the Ruby-Handed, an enigmatic semi-barbarian who arrived in Galbaruc but two years ago from the Cold Wastes, and whose meteoric rise in wealth and station has aroused the enmity of many of his recent peers.  He is rumored to patronize a powerful sorcerer, or a coterie of same.


7. Where can we go to get some magical healing?
(see below) 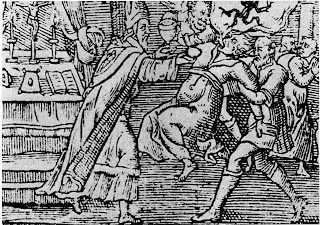 8. Where can we go to get cures for the following conditions: poison, disease, curse, level drain, lycanthropy, polymorph, alignment change, death, undeath?
Poisons and diseases can be referred to clerics and physicians.  Physicans are more expensive, but Clerics will often demand payment in conversion or unpleasant tasks on their behalf.  Clerics can also deal with curses, though the method varies with the particular curse  Lycanthropy is cured via the application of silver weapons, beheading, and cremation,  There is no cure for level drain or death.  Undeath is commonly cured by beheading, immolation, and/or destruction of the heart.

9. Is there a magic guild my MU belongs to or that I can join in order to get more spells? 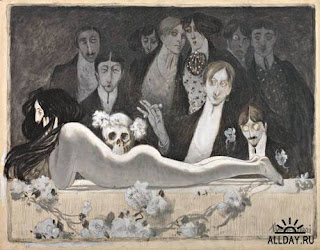 The city is rife with occult societies, 'ancient' orders, secretive sects, and mystical fraternities of all descriptions.  These vary wildly in respectability, power, resources, ostentation of costume and ceremony, and actual occult knowledge.  The more accessible of these operate on two levels: the first, for casual members, lacking any facility with the Art, for whom the Order serves as a social club in which to enjoy pleasant conversation, establish political, artistic, and personal connections, and engage in elaborately staged but mystically negligible rites -- the latter featuring a great deal of theatrical pomp, consumption of fine food and drink, and other fleshly delights, enjoyed with a pleasing veneer of ritual.
The second level consists of an "inner circle" in which the more important business of the order is discussed, magical research presented, and rituals of genuine efficacy performed.  Magical Orders in the city are intolerant to the point of murder where unaffiliated outsiders are concerned, and any Magic-User of 3rd level or higher will be sought out for recruitment or assassination by 1d4 such societies after spending a week or more in the city. 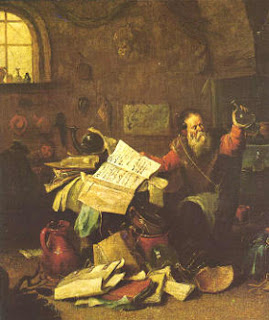 10. Where can I find an alchemist, sage or other                       expert NPC?
These can be found in great profusion throughout the city and the surrounding countryside.  Those who make their habitation in caves, remote cottages, or nigh-inaccessible towers surrounded by treacherous, specter-haunted forests are commonly held to be more reliable and serious-minded in the pursuit of their chosen studies, though their prices and personal habits can be alarming and eccentric in the extreme,  and paying a call on one such can be perilous, time-consuming, and generally inconvenient.  Those dwelling in the city are (fairly or not) more commonly held to be mountebanks, charlatans, and crackpots. 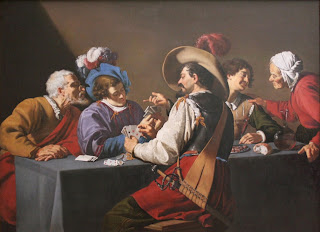 11. Where can I hire mercenaries?
Mercenaries are plentiful, and can be readily found south of the Slanc loitering around storefronts, gambling at dice and cards in taverns, and getting involved in drunken fistfights in public thoroughfares.  They come from every corner of the earth--  from tall, pipe-smoking 'Amazons' with stone-bows at their shoulders and long knives in their sashes to scouts and trackers from the Broken Knife islands, their faces covered in spiraling tattoos and their warclubs bristling with shark teeth, to rocketeers and crossbowmen fresh from the Khanate, to musketeers, dragoons, and sword-and-dagger men. 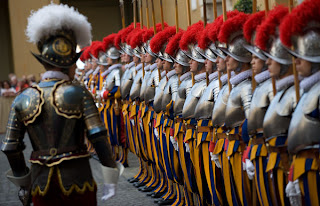 12. Is there any place on the map where swords are illegal, magic is outlawed or any other notable hassles from Johnny Law?
Giant two-handed whale cleavers and blunderbusses are considered déclassé anywhere outside of the most disreputable quarters of the city.  Rapiers and smallswords can be worn anywhere by gentlemen of quality.  The dagger is enshrined in Galbaruci culture as the mark of a free citizen and worn openly in any setting.  Adventurers returning from expeditions are advised to have their licenses ready to produce at all times, as unlicensed adventurers face crippling fines, confiscation of loot and property, imprisonment, branding, and, for repeat offenders, death.


13. Which way to the nearest tavern? 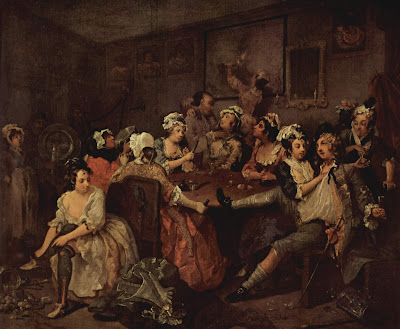 There are taverns, inns, coffeehouses, cabarets, bordellos, casinos, and lodging-houses (with a taproom on the ground floor) etc., throughout the city to serve clientele of all classes and tastes.  Most adventurers, being heavily-armed, shabby in appearance, and lacking in social graces, tend to frequent low, rough-and-tumble establishments where they may play at cards, dice, or competitive maiming, drink to excess, make contacts with other abandoned scum, hatch plots for unsavory escapades, gather intelligence for the commission of same, and enjoy the amorous attentions of jades, trollops, and rough trade, paid in full with gold wrenched that very evening from the hands of corpses.


14. What monsters are terrorizing the countryside sufficiently that if I kill them I will become famous?
None at the moment, unless you count the predations of bandits and highwaymen.  Notices of wanted miscreants and their bounties can be found posted all around the city. 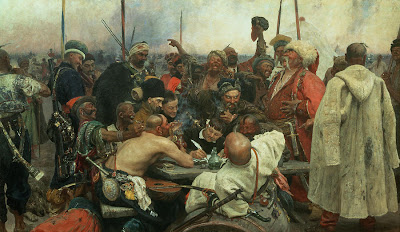 15. Are there any wars brewing I could go fight?
The Island Princes often wage (small-scale) war amongst themselves, but are advised to keep their bloodletting and intriguing in check.  Tensions are heating up with the nearby Sultanate of  Zhaibar, as its sultan sinks further into madness. 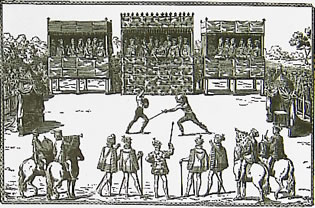 16. How about gladiatorial arenas complete with hard-won glory and fabulous cash prizes?


The barbaric old days of slave-gladiators are a thing of the past, disposed of in the same revolt by which Galbaruc secured her freedom.  Nowadays, the blood-thirsty mob must content themselves with spectacles involving willing participants.  The definition of "willing" is deceptively broad, including as it does eager swashbucklers, prizefighters from the provinces, indentured servants, debtors, and all animals.  Matches are fought with weapons and without, and may be to first blood, the unconsciousness of one or both parties, surrender, or death. 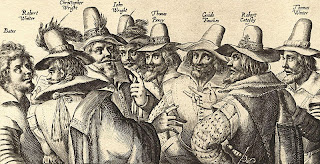 17. Are there any secret societies with sinister agendas I could join and/or fight?
Yes, although their very nature ensures that PCs will only become aware of their presence after blundering into their carefully-laid schemes or being approached by their representatives. 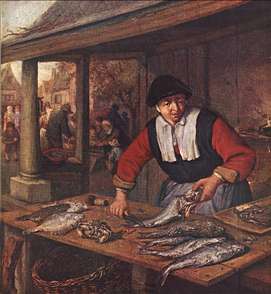 18. What is there to eat around here?

As a port city, Galbaruc has access to a great variety of seafood.  Chiles and spices are very popular.  The most popular food for the adventuring classes is generally a fish stew, made with whatever was cheap and available at the market that day, along with some grilled flatbread to sop up the leavings.  Street vendors sell a bewildering array of food, mostly starchy, meaty, and fried.


19. Any legendary lost treasures I could be looking for?
(see below) 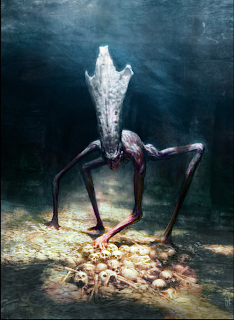 20. Where is the nearest dragon or other monster with Type H treasure?

The Prelate of the Drowned, an inhuman shape-changing sorcerer believed to dwell beneath the Bay of Maidens, is said to be responsible for all shipwrecks that occur within sight of the city walls.  He is a consort of Yash-Kunag the Many-Toothed, and thus a rival to our beloved First Citizen, and his hoard, amassed over countless centuries, is beyond counting.
Posted by Jeremy Duncan at 3/19/2012 09:37:00 PM 1 comment: