Where I'm At With Galbaruc 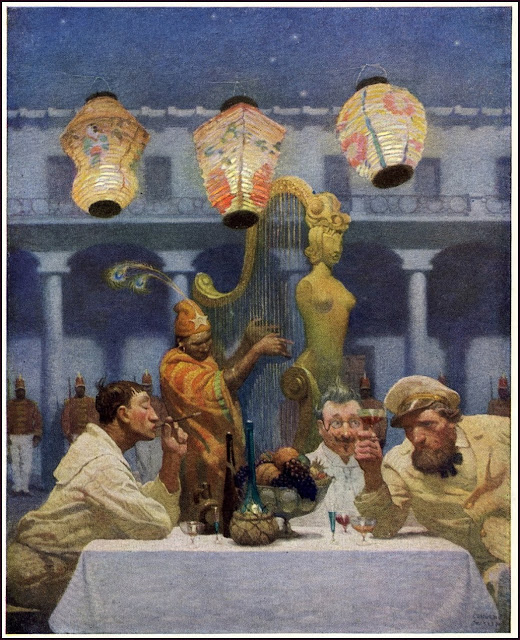 I've been thinking a lot about my Galbaruc setting lately, which I've let lie fallow for a while now, and more significantly, writing things down.  It should be obvious, but for some reason, I have a weird reluctance to actually put this stuff in writing.  It might be tied into being indecisive in general (a long-standing character flaw) but it's something I've been growing increasingly impatient with.  As long as it's this gauzy, intangible thing floating in some rarefied brain-mist, it's not actually being explored and gamed in, which is, after all, the point.

Somewhere along the way, I got so wrapped up in the hypothetical, world-building minutiae aspect that it became the focus instead of simply making a place to play games in.  This would lead inevitably to stalling and frustration over my lack of progress.  It's the same problem I had back in school.  I'd obsess about everything so much in my head that I couldn't get anything down on paper until the last minute and I had to work my ass off through an all-nighter or two because the paper was due and the professor had already given me an extension.  Far better to get it down on paper first, warts and all, and then take the scalpel to it.

So here's where I'm at with this thing.  It's all subject to modification and revision, but at least it isn't just in my head anymore:

SYSTEM: LotFP, with house rules and add-ons liberally swiped from Small But Vicious Dog, GURPS: Goblins, A Mighty Fortress, Tales of the Grotesque and Dungeonesque.

ALIGNMENT:  No Alignment restrictions for any class.

GUNS?  : Wheel-lock pistols and muskets are the most advanced weapons being fielded currently, but are prohibitively expensive and not ideal for dungeon environments.  Primitive grenades are also available.  Greater destructive power = greater potential risk of horrific fuckups.  Adventurers tend to be armed and armored in archaic fashion, with heavier armor, swords more robust than are currently fashionable in most civilized places and a greater reliance of crossbows, stone bows, etc.

Fashion-wise, it's all over the map, a' la the Dying Earth, with an emphasis on dash and flamboyance (especially among adventurers).  There'd be lots of equipment jury-rigged for adventuring purposes -- primitive mining helmets with lanterns mounted on them, or a shallow bowl for luminescent fungus, even more primitive diving suits for exploring undersea ruins, etc.

Speaking of adventurers, I'm taking a page out of RQ's Big Rubble:  No self-respecting City-State is going to stand for hordes of violent transients descending into its ruins, vaults and caves without wanting a cut themselves.    To that end...

FREELANCE ADVENTURER LICENSES are mandatory for non-citizens (all PCs, at least at the beginning, fall into this category) wishing to explore and plunder known "dungeon areas."  Failure to produce a valid license upon request can result in fines, confiscation of goods, imprisonment, branding, and, for repeat offenders, death.  Licensed adventurers pay a 10% exit fee on any loot obtained within the Galbaruc Senate's jurisdiction.

Players should keep the following in mind:

1.  Fake licenses can be obtained, meaning that the PCs forgo taxes after expeditions, paying nothing other than a one-time forger's fee.  There is always a chance of the forgery being recognized, however.

2.  Sites unknown to the Senate and kept secret by PCs cannot be taxed.

3.  It's amazing what a little bribery can accomplish. 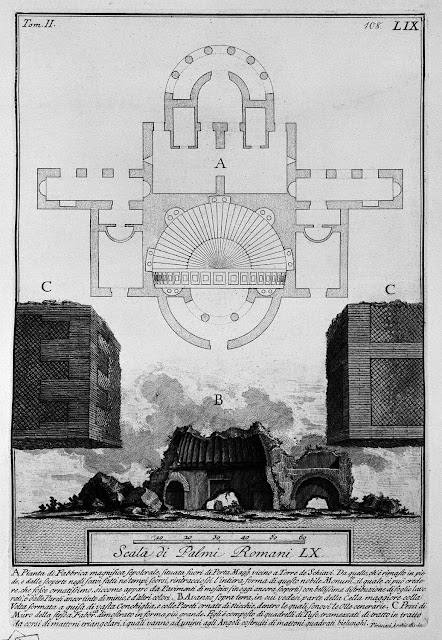 DUNGEONS:   I took a course in Italian Archaeology once, and one thing that kept coming up over and over again was how so many now-famous sites and artifacts were discovered completely by accident.  Workmen digging wells and channels, farmers ploughing into the tops of ancient burial mounds, etc.  In areas where there's been continuous occupation for millenia, like Rome, you've got layers and layers of forgotten sites being accidentally discovered, looted, re-buried, forgotten, rediscovered, etc,  A building is destroyed, you set to work on a new foundation, and there's a temple under your feet.

I want to go for the same sort of feel with Galbaruc.  There are still plenty of sites outside the city limits, but you've got dungeons, crypts, catacombs, and ruins beneath the still-populated urban areas.  I loved this idea when I encountered it in EPT, and I wonder why it isn't a more common approach.  The settled, civilized areas are intimately lip-locked to the weird, otherworldly ones, and both sides are engaged in frenzied tonsil hockey as adventurers venture below and the monsters from beneath find their way up to the light.

There'll be more to come, but I thought I'd get this all down while it was on my mind.  I've mapped out 4 levels of dungeon and I'm about to start stocking them with monsters.  I can't wait to roll out the welcome mat and open for business.
Posted by Jeremy Duncan at 3/14/2012 06:32:00 PM