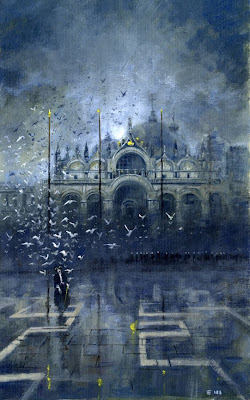 Since I've mentioned Galbaruc a few times now without giving out too much in the way of detail, I thought I'd take the opportunity to shed some more light on the setting itself, where it came from, where it's going, and what books, movies, etc, I've ripped off wholesale drawn inspiration from.

It started out as an ad hoc setting for a game I ran for some friends over IRC chat, sometime around 2003-4. The city was originally called "Venichmar," since I had pictured it in my head as a vague mashup of 17th-18th century Venice and Fritz Leiber's Lankhmar. It was only intended as a jokey placeholder, but the name stuck, though I always said I'd eventually come up with something else, but that wasn't until earlier this year, when I shoved it together with the seaside town I came up with for Chris Kutalik's Nautical Contest. The PCs originally consisted of:

- Marcos Gemulphen, played by my friend Clement. Marcos was a disgraced merchant-prince who was constantly shadowed by three demons he had summoned, but which only he could see and hear. Picture one of Jack Vance's stylish, amoral vagabonds.

- Durgu Nietzelschnitzel - an earth-sorcerer, philosopher, and skeptic. Based, at least in appearance, on Friedrich Nietzsche. Was constantly trying to argue against the literal existence of Marcos' demon companions. Played by my friend Jude.

- Arthurien La Fleur d'Avelin, esq., Gentleman Errant of the Elder branch of House Averoen, ruling family of Verrantz, Lieutenant in the Thaugarin Militia. Played by Doug, who I haven't heard from in years. Another privileged son of the elite, he was a roguish, hedonistic young military officer doing his utmost to shirk his duty. Could be incredibly reckless with his personal safety at times, on account of being a Struldbrug.

- Gurgie, Durdu's wayward son, appeared in one episode as the PCs found themselves stranded on the island where he had been exiled for unspecified crimes. If I remember correctly, this adventure resulted in the establishment of a Lord of the Flies- like cult based around the worship of Marcos' demons being established among the islanders (all exiled convicts).

- Starting the adventure on trial for some unspecified offense which grew in the telling, and escaping the courtroom by means of a grain of sugar Durgu cast a spell on, which grew into an enormous sugarcane stalk. They climbed up and out of the courtroom on the stalk, at one point encountering some junior angels in one of the Lower Heavens, who they then blackmailed.

The game was originally run using Over the Edge, and the feel I was going for was Baroque, Weird, and Picaresque. Eventually, the game just kind of fizzled out, but I kept it in the back of my mind as an interesting setting that I wanted to develop further.

Eventually, I want to open up the setting for some G+ games, using LotFP for the rules, with some houserules and parts of Small But Vicious Dog. Transferring the setting from its hippy-Narrativist roots to something more D&D oriented will be an interesting challenge, and whenever I start getting too precious about it, I remind myself of Tekumel. The setting is essentially the same across the board, but it supports a broad range of assumptions and play styles, from EPT's dungeon-crawling barbarians to Tsóludhàliyal's focus on the high-stakes adventures an maneuvering of wealthy elites.

Also, the setting is nicely amorphous -- I don't have a static, canonical list of factions, gods, and locations, and I can build it as I go. So far, this is what's established:

- The primary religion on Galbaruc is the Church of Urizen, though there's a multitude of former and indigenous minor gods, cults of former gods syncretized into saints, etc.

- Magic is largely practiced by secret schools, orders, and societies, which often have philosophical, social, and political interests. Magic-users operating outside these groups are viewed with a mixture of envy, disdain, suspicion, and murderous rage.

- While there is a traditional aristocracy, Galbaruc is a Republic, heavily based on pre-unification Venice.

- Galbaruc is a colorful, bizarre, decadent city -- a flurry of frenzied activity, sober tradition, and ecstatic ritual, set against a backdrop of slow, magnificent decay.

- There are islands some miles from the coast, ruled by semi-autonomous "Island Princes"-- descendants of slaves, pirates, and renegade nobles who were instrumental in fighting for the Republic's independence when it split from the Empire that had ruled it for centuries. In times of war, they supply ships, troops, and armaments to Galbaruc's navy. During times of peace, they busy themselves with internecine wars and deadly intrigues.

- The city-state is littered with ruins, catacombs, and strange, isolated communities. 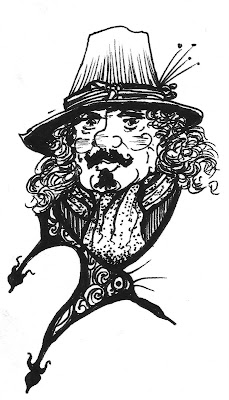 If we apply Jeff Rient's threefold model, Galbaruc as a setting is largely made up of Pretentious, with Retro taking up a close second, and with a great big dollop of Stupid. 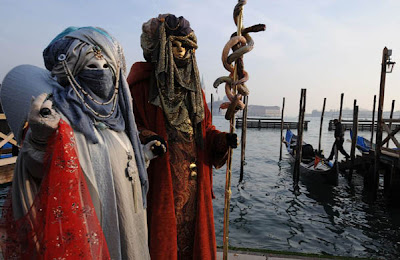 - This list isn't nearly complete, but hopefully, it should give some idea of the setting, and the general feel I'm going for. 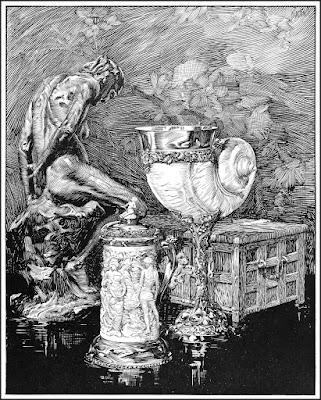